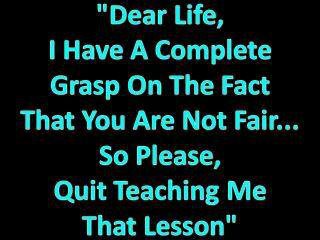 (For some reason, this photo has been REALLY popular with the Cushing's group...I bet you can guess why based on the plethora of blog posts about how much Cushing's sucks!)

Everyone has heard that life isn't fair.  I seem to get this lesson over and over and over again in my life. From being 285 pounds and the sickest I hope to ever be, to unsuccessful surgeries and getting into school and not being about to go, and of course being a medical mystery for the last few months.  I didn't ask for any of those things yet they were all put in my way for me to deal with them.  Yes, it has made me a stronger person.  Yes, maybe things happen for a reason.  That doesn't mean I smile through it every day.

One of the other things that hit me like a ton of bricks was that I will never get to be a "normal" 26 year old.  I don't even know what normal is but I would guess it involves things like living somewhere that's not your mom's house, and having a job where you make enough money to pay bills and maybe have a little left over, and not taking and carrying around syringes and medications everywhere you go.  (True story - I cried a few weeks after my adrenalectomy when I realized I will always have to carry a bag with me because of medications.  We were apple picking and I couldn't deal.) That's not fair, but that's my life and I have gotten used to it since then.

Yes, I cry a lot and have very hard days but I think I have to give myself (and all the other Cushies out there) a little credit because we are STRONG.  I have had many days where I just want to sleep and never wake up to deal with another hard or disappointing thing, but I haven't given up yet. 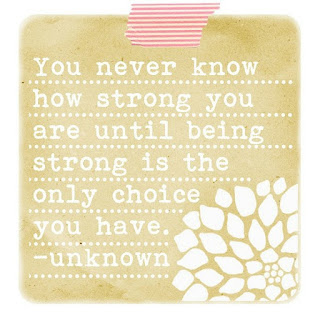