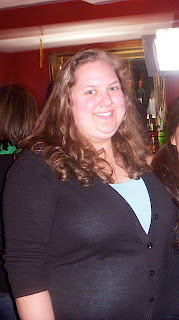 Yet another health update...

September 26, 2011
As many of you know, things haven't been that great with my health lately.  I just had an appointment with my endocrinologist at MGH that was very informative, although not very exciting.  My ACTH levels have increased dramatically since a few months ago.  This is to be expected after a BLA and since I likely have tumor tissue left in my pituitary gland, this wasn't too surprising.  She seemed a little concerned about this recent increase and took a look at my MRI from July.  I hadn't actually seen the images, I just read the radiologist's report that said everything looked normal considering the 2 surgeries.  She thought my pituitary stalk looked pretty enlarged (the stalk comes up vertically from the gland and connects it to the hypothalamus).  This could be because I have tumor growth, which would make sense because of the increased ACTH.  She is going to have my neurosurgeon look at the MRI to see what he thinks, at the very least this increases my MRI intervals to
2 comments
Read more